It hasn’t been that long since I last posted, but I’d be remiss if as a Christian blogger I didn’t write something for Holy Week!!

In the mid-19th century, German existentialist/nihilist philosopher Friedrich Nietzsche famously declared “God is dead!”. It wasn’t a statement of ontology or about God’s literal death–simply an aphorism for the supposed irrelevance of God (or faith in God) in the advent of modern society. 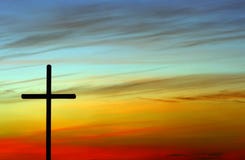 There was, however, a popular Christian lyric that likewise created a quite a stir. Enter Charles Wesley–beloved 18th century hymn writer and brother of evangelist John Wesley–who wrote the famous stanza: “Amazing love! How can it be? That thou my God shouldst die for me?” That particular line has remained somewhat controversial throughout the centuries, and even now there are some churches that refuse to sing it. Even theological luminaries as respected as the late, great R.C. Sproul have recoiled at the mention of God’s “death”. In the early 2000’s a popular modern rendition of the lyric substituted the word “God” with “King”–singing “That you my King would die for me”. It’s as if the band couldn’t quite stomach the idea of a dying God and go all the way.

A similar thing happened with in a line in the hymn “Alas! and Did My Savior Bleed?”, which sings: “Well might the sun in darkness hide, and shut its glories in; when God, the Mighty Maker died; for man, the creature’s sin.” Another rendition of the song sings “when Christ the great Redeemer died”. So which is it? Was God, the mighty Maker on the cross? Or was Christ the great Redeemer on the cross?”

These feelings of discomfort stem from largely understandable (and even good) instincts. But is the idea of “the death of God” in error? To answer this, it helps to look back into church history.

The Birth of God?

In the 5th century, a similar debate surrounded the birth of Christ: namely, could we truly and genuinely say that Mary bore God in her womb? Could we truly say that she was the theotokos–the “God-bearer”? In 431, a council was held in the ancient city of Ephesus, known as “the Third Ecumenical Council”, to discuss such a matter. This was a time when the Church was completely united (before the East-West schism of 1054 or the Reformation). On one side of this debate you had Nestorius, who thought it was improper to refer to Mary as the “God-bearer”. He preferred the term Christotokos–“Christ-bearer”. On the other side, you had Cyril of Alexandria, who believed the term theotokos was not just completely theologically appropriate and accurate, but crucial in understanding Jesus as the God-man.

Two-hundred and fifty church leaders discussed and debated this topic (among others on the agenda) for several weeks, and at the end they had come to a definitive conclusion: In an attempt to preserve the Church’s definiteness on a robust understanding of the doctrine of Jesus’ divinity, they sided with Cyril. Theotokos was given the thumbs up and passed–and by no small margin. While Christotokos is undoubtedly true, Jesus Christ is also fully God, and therefore theotokos is also true. Ever since then, orthodox Christianity has always affirmed this doctrine alongside other more famous ones such as the Trinity–whether Protestant, Catholic, or Eastern Orthodox. The Protestant Reformers–Luther, Calvin, Zwingli–all affirmed Mary’s title as theotokos as an affirmation of Jesus’ definitive divinity.

Why did the Council affirm this doctrine? Because of what is known as the “hypostatic union”–the fact that Jesus is both God and man–and that both His divine and human natures are united in one person. It’s not that He is half God and half man. It’s not that his humanity and divinity mix together to make a different “thing” or essence. Jesus remained completely God still while also becoming a man. And what is true of one nature can be said of the entire person of Jesus, because to Him belongs both divine and human nature.

And so the oft-maligned Christmas song “Mary Did You Know?” at the very least gets it right when it sings of Mary: “When you kiss your little baby, you kiss the face of God.” Mary did kiss the face of God. She did coddle God in her arms. What is true of Jesus is true of God, because Jesus is God. He is both God and man. This is the beauty and mystery of the incarnation: that Jesus can be fully God and fully man. Not half and half. Not three quarters and one quarter. But 100% and 100%. It’s not as if the divine nature itself was “born”, as if there was a time when it came into existence. But since the person of Christ experienced birth in His humanity, so it can also be said that God experienced it, because the divine and human natures belong to the same person–namely, Jesus.

“But Jesus was only one person of the Trinity”, you might say. Yes, but remember that the Trinity, or the Godhead, is not made up of divisible parts that you can isolate from one another. No, Jesus was and is 100%, fully God in Himself just as the Father and Holy Spirit are fully God in themselves. And now you see the two greatest mysteries of the ancient apostolic, Christian faith: the Trinity and the incarnation (or “hypostatic union”). It shows that we serve and worship a mysterious God that defies our comprehension, and it makes the “good news” of the gospel even sweeter, because it seems almost too good and wondrous to be true!

So was it the “Mighty Maker/Creator” on the cross, or “Christ the Great Redeemer”? Both. They are one and the same person, in two distinct natures. The same person that fashioned man with His hands was being pierced through His hands.

If Christ died then God died, because Jesus is fully God.

The Offense of the Cross

Why is this important? As pastor Erwin Lutzer once put it, “If God did not die, then we are still in our sins.” But that’s the “good news” of the Gospel–that Jesus Christ experienced death as the God-man, and came out the other side victorious! It was this glorious truth that made Charles Wesley sing and proclaim in the same song: “My chains fell off, my heart was free. I rose, went forth, and followed thee.”

Why are we so offended at this idea? Because it doesn’t seem to make sense! It overloads our mental capacities! And we don’t like that–it makes us feel uncomfortable. We want a God that we can understand, explain, and even control. We want a smaller God, not one that transcends our own understanding of space, time, and personhood. And the paradoxical idea of an immortal God that can die just smashes our preexisting human categories and schemas.

We’re not the first people to feel uncomfortable about the idea of a dying God. There were some people called Corinthians, whose comfortable world and lavish lifestyle didn’t mesh with the idea of a Savior (let alone a God) that could suffer. In response, the apostle Paul offered one of the baldest, bluntest statements in his letter-writing ministry: “…Jews demand signs and Greeks look for wisdom, but we preach Christ crucified: a stumbling block to Jews and foolishness to Gentiles…” (1 Corinthians 1:22-23). Jews absolutely hated the idea of God becoming weak. Greeks thought it was unenlightened nonsense. It “scandalized” them. It was offensive. It insulted their dignity and their intelligence (respectively). But as Paul would continues to write: “…to those whom God has called,both Jews and Greeks, Christ the power of God and the wisdom of God. For the foolishness of God is wiser than human wisdom, and the weakness of God is stronger than human strength” (v. 24-25). Elsewhere he writes: “For I am not ashamed of the gospel, because it is the power of God that brings salvation to everyone who believes: first to the Jew, then to the Gentile” (Romans 1:16).

As we meditate on this Good Friday, I hope we can all sing with Charles Wesley, “Amazing love! How can it be? That thou my God shouldst die for me?”. Yes, God did die for me. I would be hopelessly lost without it.

The Chalcedonian Creed (451 A.D.) is Church’s definitive statement on Christology, or the theology of Jesus Christ (His natures, His personhood). I have bolded the parts that I think are particularly pertinent to the above discussion. Notice how it consistently “contrasts” Jesus’ human nature with his divine nature, and yet always affirms his one-personhood.

THEREFORE, following the holy fathers, we all with one accord teach men to acknowledge
one and the same Son, our Lord Jesus Christ,
at once complete in Godhead and complete in manhood,
truly God and truly man,
consisting also of a reasonable soul and body;
of one substance with the Father as regards his Godhead,
and at the same time of one substance with us as regards his manhood;
like us in all respects, apart from sin;
as regards his Godhead, begotten of the Father before the ages,
but yet as regards his manhood begotten, for us men and for our salvation, of Mary the Virgin, the Godbearer;
one and the same Christ, Son, Lord, Only-begotten,
recognized in two natures, without confusion, without change, without division, without separation;
the distinction of natures being in no way annulled by the union,
but rather the characteristics of each nature being preserved and coming together to form one person and subsistence,
not as parted or separated into two persons,
but one and the same Son and Only-begotten God the Word, Lord Jesus Christ;
even as the prophets from earliest times spoke of him, and our Lord Jesus Christ himself taught us,
and the creed of the fathers has handed down to us.